After one year of forced closure, the curtain of TAM Teatro Arcimboldi Milan comes up again, with a great event by the iconic VIETATO L’INGRESSO (NO ENTRY) contest. Thanks to the extraordinary participation of seventeen international architectural firms and over one hundred and thirty technical partners, the seventeen dressing rooms and the access corridor will be completely renovated, becoming the transformation’s stage. 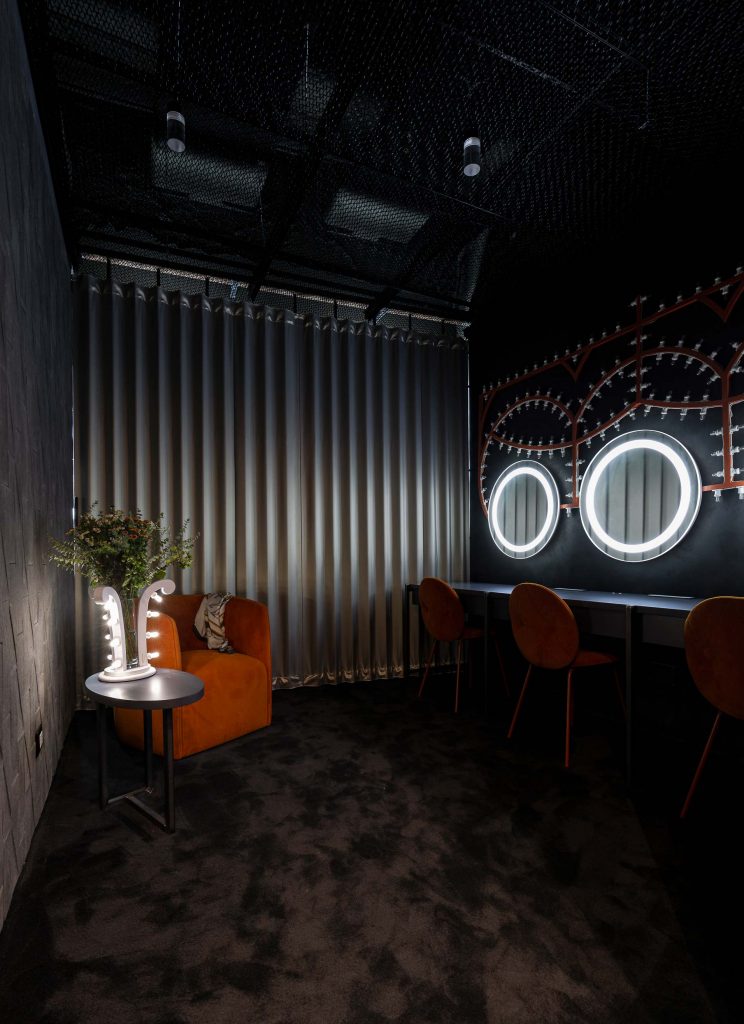 17 places where magic happens: the secret rooms of actors, singers, dancers and musicians are today the stars of this original contest as a tribute to art and design; the new Theater’s dressing rooms will be presented during the Salone del Mobile 2021, through a special opening at the presence of many famous people from the world of Entertainment and Architecture: it will be possible to visit the dressing rooms from 4 to 10 September by booking the free admission simply by clicking here.

The public of the TAM will therefore vote for the most appealing dressing room and the winning Studio will be commissioned to redesign the “Camerino Muti”, dedicated to the famous orchestra master who first inaugurated the  Theater’s opening: 40 square meters that have hosted and will host the greatest stars of national and international show business from Roberto Bolle to Sylvie Guillem, from Ludovico Einaudi to Paolo Conte, from Bob Dylan to the Dalai Lama, from Sting to Sir Elton John, from Liza Minelli to Burt Bucharach and many others.

The suspended ceilings signed by Atena will be installed along the entire access corridor designed by the KÄRLANDRÆ studio and in the Camerino 02 directed by PARK ASSOCIATI.

In the dressing room 02 the ATENA metal ceiling with its large dark textures masks without hiding, reveals without saying and, in chromatic continuity with the architectural elements, becomes a form in motion. “The theatre dressing room is a space, but also a time. It is the moment of intimate introspection before the performance. It is the gateway to the actor’s stage dimension. The black color accentuates the need to gather, the floor is soft, the walls absorb sounds, the metal ceiling with its decorative mesh accompanies the actor inside the space, hosting, small cylinders of light. After the performance, the last act of transformation takes place and the return to reality is celebrated; everything appears in a new light.”

In the corridor directed by KÄRLANDRÆ studio “The project for the Arcimboldi corridor was conceived more with an exhibition language, rather than in continuity with the existing project; Everything is focused on the search for an harmonic discontinuity; the work on color, for example, based on the greyscale, was developed to standardize the elements by enhancing the differences among the materials used. Likewise, the corridor’s ceiling layout split in six sectors has been conceived to create a path towards the stage. Here, the different ceiling’s arrangements create divergent spaces in the straightway by standing out in the chromatic continuity of all architectural elements such as ceilings, walls and floor. The suspended ceiling is therefore used as a spatial instability device which, thanks to its geometries, allows the use of light as a real constructive element.” Six different application modes, a single ceiling system: discontinuity in continuity, balance of form in the geometry of space.

Choose the most appealing dressing room, from 4 to 27 September 2021, by voting on the Theater website. 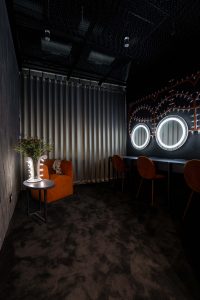 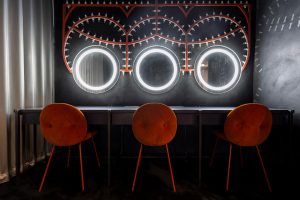 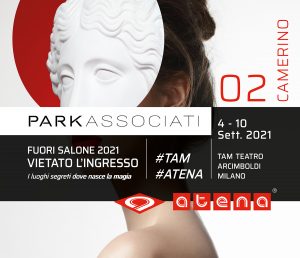 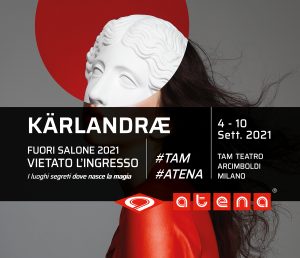 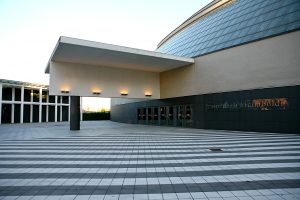 Latest news
More details on Atena products?
Fill out the form below, our staff will reply as soon as possible.